A crisis, disaster or emergency can be large or small, short or long lasting, individual, regional, national, international or global.  It doesn’t care if we are:  rich or poor; famous or infamous; what color our skin is; what country, region or state we live in; what our political or spiritual beliefs are; if we are ready for it or not; if we are good, bad or law abiding or not – A crisis just IS.

By today's standards - I Am A Prepper and to me a Prepper, specifically, is a person who considers what can happen: while at home, on the way to work, vacation (air, land or sea), from nature, from bad luck and clumsiness, spiritual, to human caused.  Oh, most of us don't get into a doomsayer mode, however we do, do just a little more than first aid kits and insurance policies.  As Preppers we will have a contingency plan to account for the best way to not only avoid such a situation in the first place (whenever possible), but also how to live through such an event and continue to prosper and be happy and content with life.  Kind of like the Boy Scouts and Coast Guard – Always prepared for anything, anywhere.

Bottom line is that in some small way We Are ALL Preppers consisting of all ages, all nationalities, all faiths and all races, rich and poor, in urban, suburban and rural areas.

Periodically throughout human history there are stories of apocalypse, Armageddon, destruction, turmoil, tribulation and the end of the world as we know it prophecies and predictions. These predictions increase in the eras where the indicators of these events appear to occur in rapid succession and or escalating frequency. This is a normal human trait or emotion to bad times. As our civilizations mature and develop more precise sciences, these predictions gather more validity. This validity raises flags of concern and caution in just about anyone with a lick of common sense.

What makes today any different than yesterday and previous generations? I’m not an expert and can only guess that it has something to do with what the people of today’s generation have seen in their lifetimes. Anyone older than 70 probably lived through part of the Great Depression. They at least saw WWII and Korean wars. Then anyone over 50 has seen science fiction become reality.

Think about it, my grandparents, whom passed in the 1980’s saw the telegraph, telephone, radio, TV, movies, in house plumbing/heating/cooling, electricity, refrigerators instead of ice boxes, the atomic and H bomb, automobiles, WWI, WWII, Korean and Vietnam Wars, flu epidemics, polio, measles and chicken pox epidemics (that killed back then), Great Depression, Dust Bowl, computers, airplanes and space flight with landing on the moon to name a few.

My parents were children during the Dust Bowl and Depression years but they saw jet airplanes, microwaves, computers, cell phones, GPS, TV dinners, the birth of suburbs, Social Security, welfare, income taxes, inflation, landing on the moon, the rise and fall of the Berlin Wall and lived through the Cold War, as well as many of the same things their parents, my grandparents saw.

I look back on what my generation has seen from the rapid development and deployment of computers, graphics, cell phones (I remember those big military type ones), calculators (the first el-cheapo was $100+), I remember A-bomb drills in elementary school, the first 8086 PC and a thing called a “portable computer” that was as clunky and heavy as a portable sewing machine of the day.  Remember those green and orange screens?  I grew up on Star Trek and now quite a bit of the science fiction of that show is reality.

I don’t know a single person who wants to see or be involved in a disaster or emergency. Even the fire, rescue and safety people I know hope and pray they are never called upon.  Yet historically, rarely a generation goes by that has not survived some kind of emergency or disaster, be it large or small. In fact, statistically, most of us will experience some sort of emergency or disaster, sometime in our lifetimes and for at least half of us – more than once.

Play the “What If” game:

Be sure to think about what would be available and not available if each “What If” occurred.
WHAT IF ...
Does this leave you feeling you need just a bit more than insurance policies and first aid kits in today’s troubling world?  Afraid you don’t have enough time or monies for preparedness? Do you want a preparedness plan that is not out-of-box so it fits your needs? Do you have the urge to form a preparedness group?  Are you concerned that if you become self-reliant or prepared that people will think you're crazy or nuts?

Fear NOT:  As the world population spirals towards forgetting how to live on what we have, and keeps living on credit to get what we want and we all become “commercial driven” to use and toss, many of us have started to “sense” the self-destructive nature of our ways. We collectively start to fear the unknown and that leads us to prepare for the worst case scenario our minds can conger up.  We logically know that if we survive and how well we survive depends on how prepared we and those around us are.

Explore this site, exchange knowledge with others and learn how to live a self-reliant and prepared life so you are free to Live, Love and Laugh to your hearts content ;-)

TNT Crazy Lady
“The highest manifestation of life consists in this: that a being governs its own actions. A thing which is always subject to the direction of another is somewhat of a dead thing.”
St. Thomas Aquinas 1225-1274, Italian Scholastic Philosopher and Theologian

This blog was started for some friends who wished to become more self-reliant and prepared.

Note:  No longer in New Mexico and no longer urban.  Now rural in the mountains of another state. 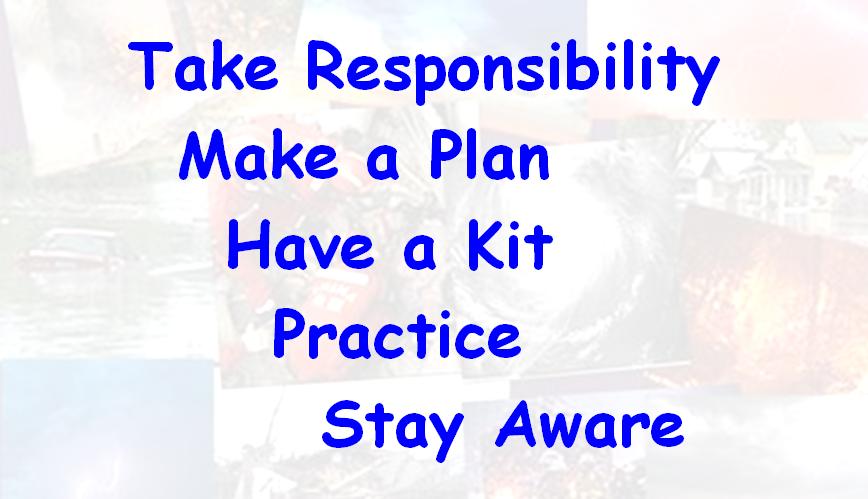