About this site & TNT

I am a 60 Something, formerly urban, now Rural Homesteading Prepper ;-}

Former 60's Flower Child; don't believe in taxpayer subsidized special interest groups (political parties); DO believe in the Constitution and Bill of Rights (1st 10 the most); Long time Independent & Informed Voter; I believe in World Citizenship NOT world government; Believer in the inalienable right of free choice within the constraints of the 10 Commandments; Lover of the outdoors and firm believer that the Less we depend on any outside entity (including our government), the better off we are and the more help we are to our country and others.
“Good luck happens when preparedness meets opportunity” Unknown
When some of my friends asked me “how did you get this way” I was rather dumbfounded.  “What do you mean “this way”, do you mean self-reliant, prepared?” I asked.  Of course what they meant was - a Prepper.  I had to tell them I was raised this way, it is nothing new.  Well that brought about another barrage of questions.  So let me explain how I “got this way” …

Now understand my grandparents:  Both raised my parents through the Great Depression and before all the modern connivances we have today.  Large kitchen gardens, canning or “putting by” were the norm, along with repurposing “worn out” items.  My Italian grandma had the most productive small city “postage stamp” garden I have yet to see topped, nor have I been able to reproduce it!
My life was simple:  Keep my grades up; complete my chores in a timely fashion (and correctly) and make it to the table on time, clean and ready to eat.   After that my time was mine to do as I wish (as long as I was following the Golden Rule).

During the winters on the farm we often lost electricity and phone service and being a mile or two outside of town that meant we did not travel to town on those days.   Harvest time was always busy doing all those things that let us be ready for those expected outages each winter.  I learned quickly if I wanted to play and build that snowman I had better be sure the rope between the house and barn was securely in place and that there was plenty of wood in the wood hutch.   After all we can’t have eggs or milk for breakfast if grandpa couldn’t get to the barn and grandma couldn’t fire up the old wood burning backup cook stove!

My parents during that time had extra canned goods (bought and from both grandmas), extra blankets and water as the Windy City often had “snow days” with no electricity and heating fuel rationing.

Being prepared for the inconsistencies of winter energy and phone service or selling things for the “rainy day” jar and being frugal were normal everyday occurrences.   Not a single one of us thought anything of it, not even my parents who were living and working in the big, modern, sophisticated city!

My teenage and young adult years (60’s – late 70’s) were spent hiking and backpacking – everywhere I could get myself to.  This is before GPS, personal location devices, cell phones and port-a-pottys along the trail.  Many places required a 'test' and gear inspection before you could take to the trail, to be sure you were not a threat to yourself or the wilderness you were going to trek through.  There was no “Life Flight” if something happened, and Search and Rescue was handled by area volunteers (no government).   We had to be prepared for the worst case scenario, because if we got injured we had to survive, alone, while someone hiked out and back in with help.

Back in those days these precautions were considered smart or called self-reliant and had no other meaning or ulterior motive associated to them.  Today my grandparents and parents would be called Preppers or Preparedness Freaks, maybe even Survivalists and if they were still alive they would be laughing their heads off!
“If you reveal your secrets to the wind,
you should not blame the wind for revealing them to the trees.”
Kahlil Gibran
I Make No Appologies

Throughout my life I have become acquaintances and friends with people in various professions, industries and sectors, both public and private.  These are my “contacts” or “sources” if you will.

From time to time these contacts have given me information that is not readily available to the public, either volunteering it or in response to a query of mine.  Granted sometimes they tell me they “can’t provide that information at this time”.

This information is ALWAYS given in confidence and therefore is un-quantified and un-official.

This means these people are my “confidential sources”.  If I reveal their names or whatever, they lose their confidentiality and will no longer provide me with information.

These “contacts” have not lead me astray to date, so I will continue to honor their wishes and preserve their confidentiality.   This often has people I talk with consider me a “nut case” or liar.  So be it, this information has been too valuable to me to forsake it based on their name calling or attitudes.

If these “doubting Thomases” would look back, they will see that much of what I have told them from my confidential sources has been made public within 3-6 months and proven true in the process. So pooey on them, I don’t often worry about what others think of me, I concentrate on what I know!

I will make no apologies for keeping my word by keeping my mouth shut and maintaining their confidentiality.

According to the US Information and Assurance Directorate’s OPSEC Glossary :

confidential source: Any individual or organization that provides information to the United States government on matters pertaining to the national security and expects, in return, that the information or relationship, or both, will be held in confidence (NSC EO 1995).
“If you are prepared, you will be confident, and will do the job.”  Tom Landry
I hold these truths to be self evident: 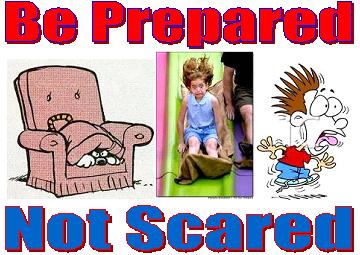